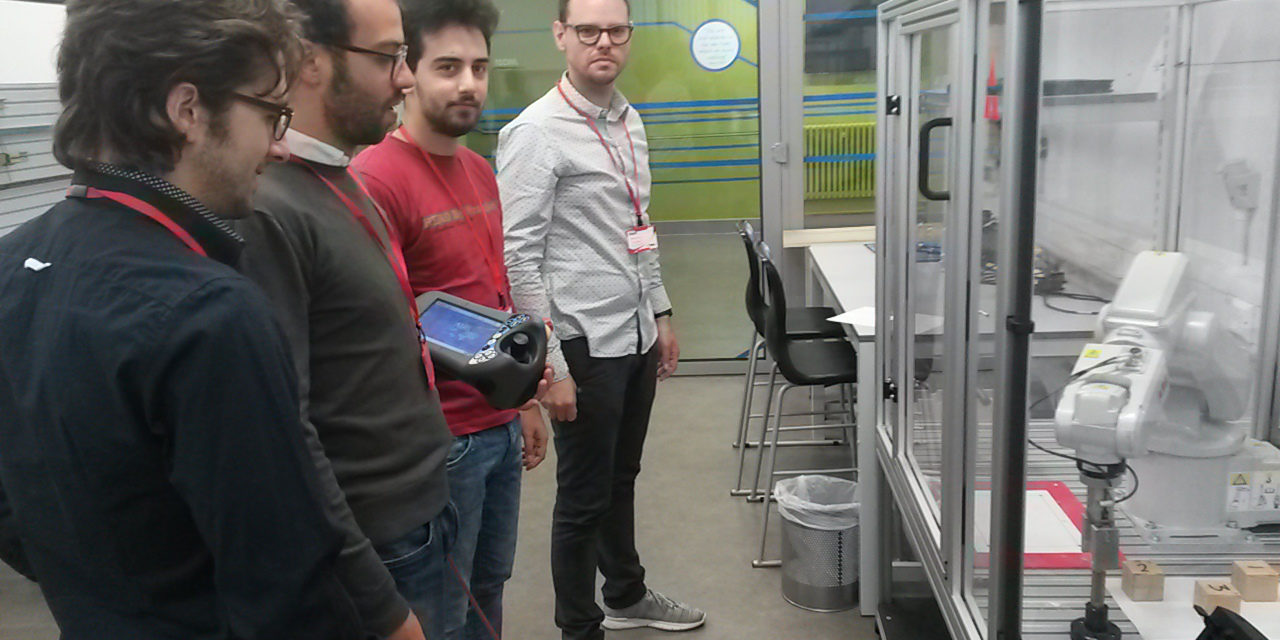 As part of the mobility element of the Skillman project, two tutors and two students from TEC in Denmark attended two days training prior to the UK conference. They undertook two days of intensive Robot Programming training – learning how to manually operate the BMet KUKA and ABB robots and how to program them to follow a fixed series of movements. In addition they covered more advanced programming techniques: how to program variables, repeat blocks of code, decisions and branching and controlling accessories using input/output.

The four then attended the UK conference which also gave attendees the opportunity to tour one of the Jaguar Land Rover production facilities.

Again as part of the mobility element of the Skillman project, eight students from Italy and Malta attended a two day training programme on Industrial Robotics at BMet, similar to the training undertaken by the Danish contingent.

The eight students learnt the fundamentals of industrial robotics – manual control and motion programming. More advanced techniques were covered – how to make a program more ‘intelligent’ and to be able to cope with external inputs.

Some of the students stayed on an extra day and were taken on a tour of the Jaguar Land Rover production facility at Castle Bromwich – a great ending to a fascinating two days.

The use of Artificial Intelligence in TVET
13 January 2022